1.7 The Evolution of Risk & Reward

It’s helpful to think of cryptocurrencies in their current state as fungible digital-assets. And like other emerging assets, they have risk & reward profiles that change over time.

Thus far, digital-assets like Bitcoin have been uncorrelated with equities, commodities, precious metals, currencies, and other macro indicators—making them uniquely useful for portfolio construction. But over time, as market adoption increases, both risk and reward naturally decrease: 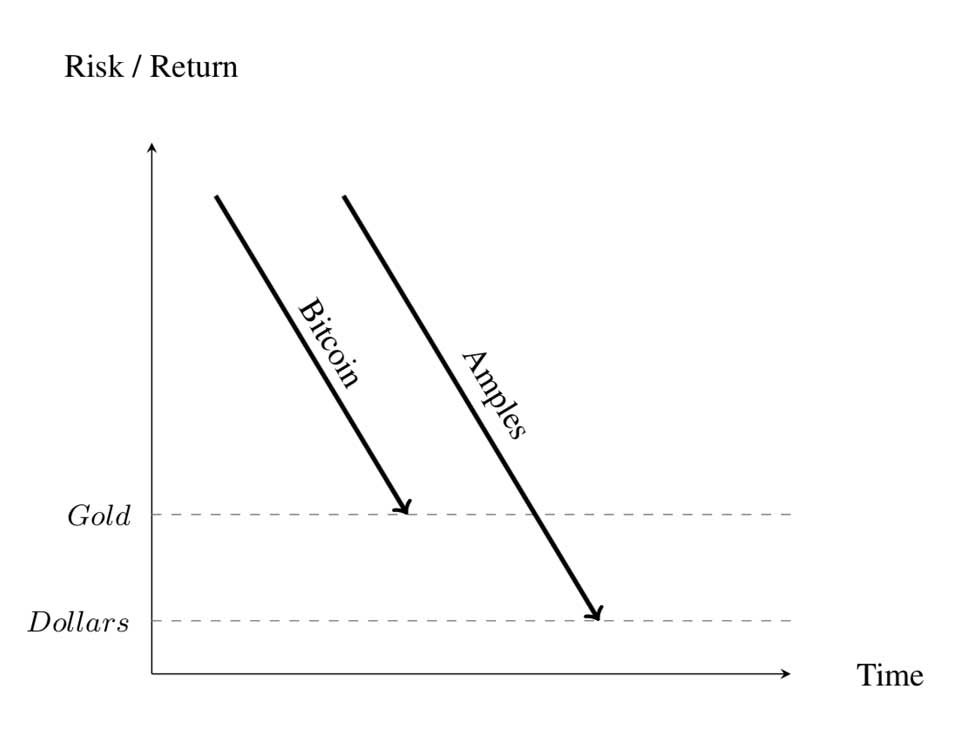 This effect, makes Bitcoin an increasingly viable alternative to commodity-monies like gold and silver, as it navigates the risk / reward line downwards.

Like Bitcoin, Amples also evolve in utility alongside risk and reward. However, in their final state, Amples evolve into a fair and politically-independent commodity-money that can be used as an alternative to central-bank-money, rather than a digital-silver or digital-gold.